What do these two women have in common? 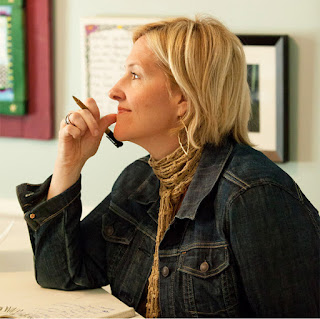 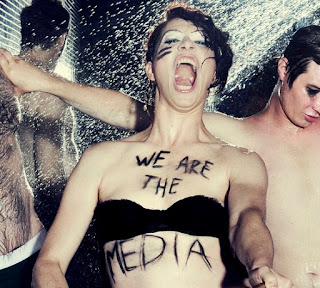 They are both awesome, but I can't say I ever considered them a pair. Until now.
Amanda Palmer's TED talk was recommended to me by my friend Cate. Back when we still lived in the same city (sigh) we used to get together on a semi-regular basis to write together. A lot of our 'writing' time was spent talking and watching TED talks. Before we started watching this video, Cate commented that there was something unusual about Amanda's eyebrows. Consequently, I spent most of the talk trying to figure out if they were makeup or tattoos, but that didn't stop me from finding her speech amazing.

I also discovered Brené Brown via her TED talk. I have read her book The Gifts of Imperfection and I'm working on another, Daring Greatly. I recommend them both, but this post is actually about Amanda Palmer's book The Art of Asking (in which, to my delight, she answers the eyebrow question). 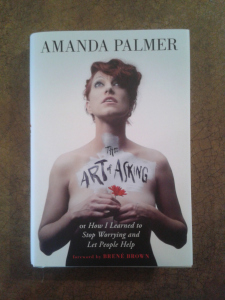 Brené Brown's books (to over simplify) are about connecting with people, and the importance of being vulnerable and genuine in order to obtain that connection (and about how most of us are not very good at this). If Brené's books are guides toward connecting with people, Amanda Palmer's book is the practical embodiment of this philosophy. Perhaps then, it is perfectly natural that Brené Brown wrote the forward for The Art of Asking. There are also excerpts from Brené's writing scattered throughout the book, and they fit perfectly.

Even so, I was a little surprised to find The Art of Asking categorized in the self-help section of the bookstore. I certainly learned a lot from it, so I guess it belongs there. It could also be at home in the biography/memoir section. Amanda expands on her TED talk, and then some, explaining through honest and detailed accounts of her own experiences how to do that thing we all must do from time to time: ask for help, support, payment we've earned, etc. How to express our needs, admit our fallibilities, and cope with hate that comes our way. Also, how to get more comfortable doing these things, because most of us loath the vulnerability with every fiber of our being. We're so afraid of being an inconvenience to, or judged by, one another that we forget we are meant to connect and cooperate (a number of scientific disciplines agree with me on this). We are a social species. Most people not only don't mind helping, but actually derive pleasure from it. Still, we all go around thinking we're not deserving of the help and doing everything we can to avoid asking for it.

Perfect example: Two days ago, my neighbour locked herself out of her house. She knocked on my door, totally embarrassed, and asked to hang out with me while she waited for her spouse to get home. Of course, I said yes. We had a really good chat and I was glad for her company. That said, if it weren't for the prospect of her four-year-old son getting home from school before she could get back into her house, I think she seriously considered just waiting outside (in -8°C) for two hours rather than confess to the error of locking herself out--a mistake most of us have made at least once and some, like me, multiple times--and risk some kind of rejection in my response.

I think every room I occupied in university required creative entering at least once. The funny thing is, as I was sharing this with my neighbour I also had to confess that I too would have debated whether looking like an idiot to another person was better or worse than freezing my ass off in private. Without a child to worry about, I'm not even sure which side of the fence I would have landed on. A close friend of mine (with whom I can comfortably share my moments of stupidity) has a key to my house to avoid this very scenario (and so she can check on my cats when I'm away). God help me if I'm ever locked out while she's at work.

I think my favorite example in The Art of Asking of the self doubt we all share is the brain surgeon:


For real? I dropped my cell phone in a puddle this morning, couldn't find my keys, can't hold down a relationship, and here I am clutching a sharp knife about to cut someone's head open. And they could die. Who is letting me do this? This is bullshit.


(If you happen to find yourself in need of a brain surgeon’s services, relax. I’m sure your brain surgeon is a super hero.)


The first example Amanda gives in the book is a little more gender specific: WHO'S GOT A TAMPON? I JUST GOT MY PERIOD. I don't think I'm the only one who cringes at the idea of having to shout that out in a public bathroom, but wouldn't give a second thought to reaching into my purse and handing one over to someone else, without an ounce of judgement because I'll be thinking: totally been there. Amanda points out that there are other things--pens, paper, quarters--we all give and take without keeping score, assured the karma will balance out eventually.


She uses the story of the Indian Giver to illustrate the point:


A Native American tribal chief welcomes an Englishman into his lodge and shares a pipe of tobacco with his guest, then offers the pipe as a gift. The valuable object is a symbolic peace offering that is continually re-gifted from tribe to tribe, 'belonging' to no one. The Englishman doesn't understand this and thus sees the gifted pipe as his property. He is completely confused when the next tribal leader comes to his house and, after they share a smoke, looks expectantly at the Englishman waiting to receive the pipe. She calls the opposite of the Indian Giver the White Man Keeper. The one who removes the property from circulation.


This is the one place of discord that came up for me while reading this book. I am all for the practice of paying it forward, but I don't think the Indian Giver is a good depiction of the ever flowing river of gifts, favours, and volunteerism described throughout The Art of Asking. The voluntary aspect of the flow is key. If you are being forced to give something up, it is no longer a gift and the meaning of the gesture is lost.


The story of the Indian Giver gains power because of its historical context. We are predisposed to see the Native American as the victim and the Englishman as the villain. Replace tribal chief with CEO and Englishman with Bill, visitor from out of town. Bill has committed a social faux pas by not taking part in a ritual that, as far as I can tell, he knew nothing about. What's worse, his error is taken as a deep insight into his character (and the character of all other out-of-towners) rather than simple misunderstanding. Even between the tribal chiefs (or CEOs) who pass on the pipe willingly, I don't get the sense of goodwill that comes with the natural flow of giving/sharing. Because it's expected, it’s an obligation not a gift.


Amanda also expresses the importance of voluntary participation in any exchange. She sums it up like this:


I deserve to ask; and; You are welcome to say no. Because the ask that is conditional cannot be a gift.


From this I can only assume she interprets the Indian Giver story differently than I do. I guess, that's one of the great things about any art. Whatever the intent of the storyteller, the listener may hear something else. And interpretations between listeners will be different too, coloured by their own states of mind and needs at the time.


Final verdict, everyone should read this book. I found myself thinking (maybe blurting out loud once or twice), 'Holy crap! I sooo get that,' over and over. If I recounted all the instances here, this post would be seriously out of hand.
at December 04, 2014