I just read this post by Shawn Writes Stuff about the importance of optimism and the deliberate (and well worth it) effort it requires. It’s funny how sometimes you come across the right thing at the right time. Like Shawn, I’m glad September is over. But also, his sentiment that better things are likely to come—especially if I put some work into it—was just what I needed to hear (or read). 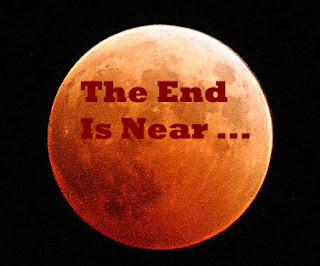 My son is six weeks old.

No matter how much a person wanted to be a parent (a lot), how much time they spent trying to become one (over 3 years), or how much reading they do in preparation (my fair share), the early weeks don’t come easy. My labour and delivery were, of course, painful and at times scary. I spent most of the first two weeks of my baby’s life on the verge of tears (or full-on crying, though I’m not typically the weepy type) and I’ve spent most of September exhausted (seriously, where did the expression ‘sleep like a baby’ come from?), frustrated and feeling guilty every moment I’m not thrilled to be a mother (whenever he’s crying).

This is the first smidge of writing I’ve done since at least a month before the boy was born when I was uncomfortable, tired (nowhere near as tired as I was about to become) and too impatient to focus.

Shawn’s post was a reminder that my experience is not unique. It’s also somewhat within my control. It’s important to focus on the positive things—like watching an episode, or three (while breastfeeding), of Doctor Who (and Big Bang Theory) with your spouse—and appreciate them. Thanks, Shawn. Here’s to a new month and the good things it can bring.

This is not a mommy blog and I don’t intend to make it one, so I’ll spare you the details of my birth story. But in the spirit of focusing on the positive, I’ll say that in those first two weeks after my son was born it was almost as easy to move me to hysterical laughter as to tears. Here’s a summary of what has become known as the hot doctor story:

There is nothing like having a baby to remove (at least temporarily) any sense of modesty. A few days postpartum we were in the hospital for the second time for jaundice treatment. By this time I was completely unfazed by doctors and nurses coming and going, seeing me in various states of undress and cleanliness.

On this morning, particularly disheveled, I was trying (unsuccessfully) to breastfeed. Just as the baby spit up all over my shirtless front, in walks the doc doing rounds. Not my middle-aged OB who I’d seen every other morning, but a resident I'd never seen before.

I swear, this guy did not belong in a real hospital. He must have crossed over from the universe of General Hospital or Grey’s Anatomy. I mean, aren’t residents supposed to be overworked, harried, and constantly without time to sleep...or groom?? This was not only the hottest individual I’d encountered at the hospital (not that the competition was steep) but his hair was messy in that deliberate way accomplished only with time and hair gel.

He went on to ask me a number of questions about my bodily functions.

I have no memory of how I answered his questions. I do remember the second he left the room my husband and I looked at each other. Hubby knew exactly what I was thinking (that doctor had to come in at that moment and ask those questions?!). We both burst into laughter. I laughed so hard I hurt all over. Which I totally needed.
at September 30, 2015