The cosmic microwave background (CMB) is the cosmological equivalent of a baby picture. The oldest electromagnetic radiation in the universe, representing what it looked like at the tender age of 380 000 years. The CMB is mostly uniform in temperature (it’s had almost 14 billion years to even out after all), but there is an unexplained cold spot.


One hypothesis is the cold spot is the result of a supervoid, a volume of space containing a lower density of galaxies than average. However, there is another possible explanation making the rounds: It’s a bruise from a collision with a parallel universe.

There are a few problems with this idea. One being the existence of the multiverse beyond a mathematical concept is a matter of some debate among cosmologists. If there is a multiverse, rather than the ‘pages of a book’ or ‘occupying the same space out of phase’ explanations fellow sci-fi geeks might be familiar with, apparently each universe is a bubble floating within a greater, ever expanding, space:


It’s unlikely the ‘observable’ universe takes us anywhere near the edge of our bubble. Then there’s the shear hugeness of the space between bubbles and the likelihood any collision would ever take place. Like the odds a handful of air molecules would run into each other drifting around an otherwise-vacuous football stadium. And, of course, the anomaly could be random chance. There are plenty of other, albeit smaller, temperature variations in the CMB.

Ok, so there might not be another universe to bump into. If there is, the odds our universe would actually bump into it are ridiculously small. And if this collision that probably wouldn’t happen actually did happen, the likelihood we would be able to see any evidence of it in our tiny, observable corner of this universe is miniscule. I should probably vote for the random chance hypothesis, but what’s the fun in that? I think our little toddler universe liked to play bumper cars. 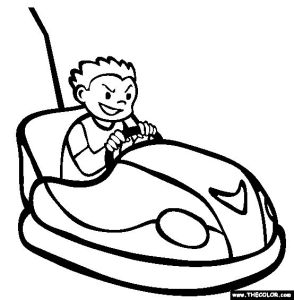