Don’t Rain on My (or Santa’s) Parade

This past weekend, Hubby had two ideas for how to spend Saturday. First, we would go to McDonald’s for dinner so Kiddo could play in the play place. Then, we would head downtown and see if we could get close enough to watch the Santa Clause parade.

Hubby had no doubt this would be fun.

For starters, the last time we brought Kiddo to the McDonald’s Play Place he made it halfway up the steps into the labyrinth of plastic tunnels and froze. I had to climb up (in direct violation of posted signage) and rescue him. Second, there was rain in the forecast. Nothing says 'fun' to me like standing in the cold rain with a toddler hoping for a glimpse of Santa.

It turned out both of our instincts were on the mark.

I did have to rescue Kiddo from the play place labyrinth, and we did get rained on waiting for Santa. However, despite ultimately getting stuck, Kiddo had fun in the play place. (The only tears were when it was time to leave.) We didn’t dissolve in the rain and, while he might still be ambivalent about Santa, there were plenty of exciting things for Kiddo to see in the parade. 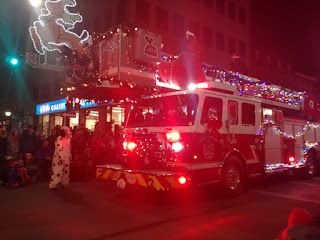 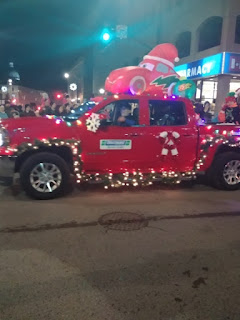 Less than forty-eight hours later, rain has been replaced by snow. Not enough snow yet for a proper snowman, but we did our best: 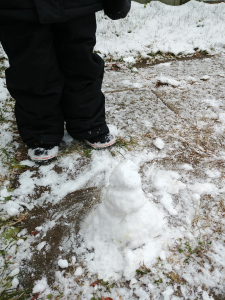 Then Kiddo exclaimed, “Crush it.” And proceeded to do so: 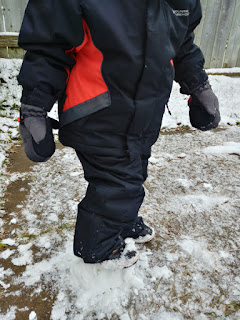